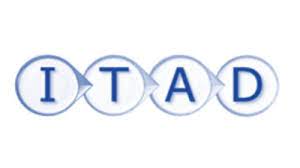 ITAD is a multicentre, randomised, double-blind, placebo-controlled clinical trial aiming to explore if a drug called aldesleukin (recombinant Interleukin-2), can preserve insulin production in children and adolescents recently diagnosed with type 1 diabetes.
We know that the longer people with diabetes can produce their own insulin, the better it is for the control of their blood glucose levels and long-term complications.
At diagnosis, there are usually a small number of beta cells left in the pancreas, which still produce small amounts of insulin. We call this ‘residual beta cell function’ and we assess this by measuring C-peptide, which is made by the pancreas when insulin is produced. Most people with type 1 diabetes eventually stop producing insulin themselves; this may occur rapidly in a few months, or more slowly over several years.
New treatments preserving insulin production could improve management of diabetes. This could be done by using drugs acting on cells of the immune system. In type 1 diabetes, there is an imbalance between cells of the immune system, and there is evidence that one protein produced by our body, called Interleukin-2, could help in resetting the balance between those cells. It is important to start this treatment soon after diagnosis because this is when there is the best chance of saving the beta cells still left in the pancreas.

45 participants, aged 6 to 18 years, will be recruited within 6 weeks of diagnosis of Type 1 Diabetes, from a minimum of 6 UK sites and will be randomised 2:1 to either aldesleukin or placebo, as subcutaneous injection, twice a week for 6 months. Participants will then be followed up for a further 6 months.

ITAD website
ITAD on clinicaltrials.gov
Research at the Department of Paediatrics
Clinical trials and studies