Dr. Petry has co-authored over 70 peer-reviewed publications in scientific journals, 5 book chapters and 60 conference proceedings. His editorial experience includes being Editor of a book and Guest Editor of a Special Issue of the journal Nutrients. In addition, he has served as an Associate Editor (or equivalent) for a number of different scientific journals: British Journal of Nutrition (2009-14), ISRN Obstetrics & Gynecology (2010-4), Human Reproduction (2011-5), Journal of Nutritional Science (2012-4), Molecular Human Reproduction (2015-9), PLOS One (2019-) and Nutrients (2019-). 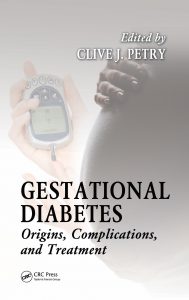 My research is involved in trying to understand the mechanisms underpinning, and the consequences of, a high-risk developmental pathway that links restricted fetal growth (or in utero exposure to gestational diabetes), low (or high) birth weight, catch-up growth, childhood obesity, early menarche (in girls), adult short stature and obesity, gestational diabetes (in women), type 2 diabetes and heart disease. In studying various aspects of this pathway we have predominantly used phenotypic analysis of in vivo models (PMID: 12369717, 19794064) and in vitro genetic association studies particularly using cohorts such as ALSPAC and the Cambridge Baby Growth Study.

I currently lead a program of work relating to the role of imprinted genes in underpinning some of the processes and risks described above. This has led to publications relating the fetal (imprinted) genotype to the maternal risk of adverse conditions of pregnancy (PMID: 17900986) such as gestational diabetes (PMID: 28392167, 21926269) and high blood pressure (PMID: 27777362).

I also have interests related to nutrition in pregnancy and causes of pregnancy nausea and vomiting. 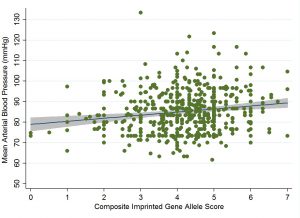 Scatter plot showing the association between a composite fetal imprinted gene allele score that we have developed and maternal blood pressure in the final two weeks before giving birth, in the Cambridge Baby Growth Study.

We are interested in the type of diabetes and high blood pressure that some women develop in pregnancy, as they are associated with health problems for both the mother and her baby. The risks of these conditions emerging in pregnancy appear to be partly genetic. Although many of the risk genes are the mothers’ own genes related to circulating glucose concentrations and blood pressures there is circumstantial evidence suggesting that fetal genes can also play a part. We proposed the theory that variation in genes that regulate fetal growth, in particularly a group of genes called imprinted genes, could alter a woman’s risk of developing gestational diabetes and pregnancy-induced high blood pressure. In testing our theory using DNA samples, blood samples and various records collected for the Cambridge Baby Growth Study, as well as other birth-related studies, we have found a number of fetal genetic variants that alter these risks. We are also testing various markers in blood samples taken early in pregnancy to see if they are usable in predicting the development of these adverse conditions of pregnancy that we are interested in.

The Evelyn Trust
Wellbeing of Women 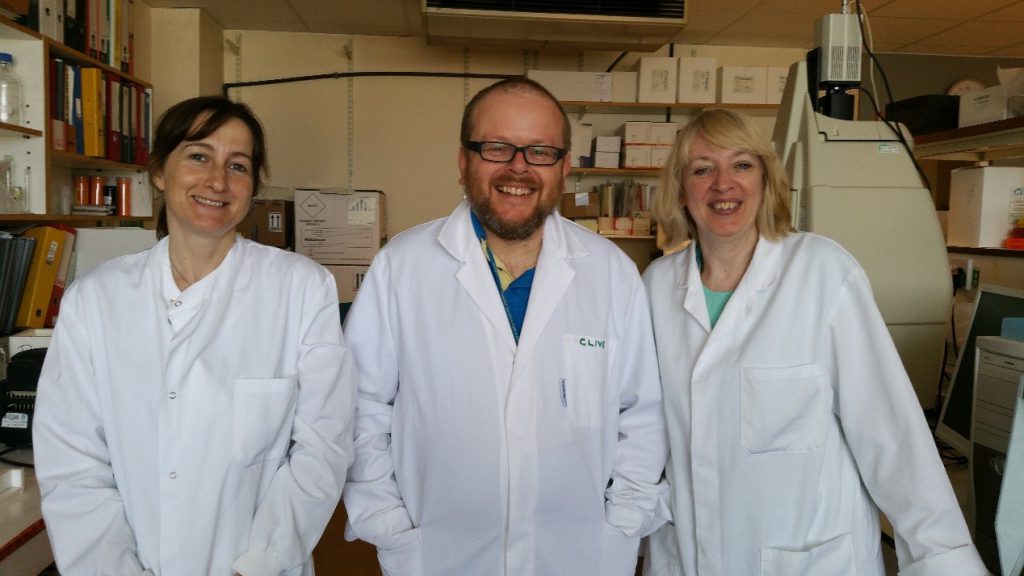